Specifically, practitioners are often taught to needle until a sensation of tingling, heaviness, or distention is felt by the patient.  In contrast, Japanese methodology prefers that the patient not feel much stimulation during the course of treatment.  The practitioner is instead advised to try and sense subtle differences in the patient’s energy flow in order to determine whether specific points are having the desired effect.

While these differences exist, either style can be very effective at managing pain and helping to improve overall health.  It is often the case that one style works well on one person and not as well on another.  It can be useful to experience each approach to see which resonates more with the individual patient.

A brief history of acupuncture

Simply put, Qi is the energy of life.  It is the energy that we draw in with every breath; that which we obtain from our food; and that which was passed onto us by our parents.  Qi is distributed throughout the entire body via a network of interconnected pathways called meridians.The purpose of qi is to provide the body with the nourishment it needs so that physiological functions remain normal and balanced throughout the entirety of one’s life.

Since meridians are interconnected, qi in one area of the body has a direct impact on the qi of the rest of body.  When there is an imbalance in the flow of qi disease can occur.  A properly trained practitioner can uncover the root of this imbalance and help restore a healthier flow of qi.

The surprising result is that a good deal of the Japanese style of acupuncture uses diagnostic approaches that were in practice during the 16th century, and much of the approaches in Chinese acupuncture stem from the consolidation of teachings of the 20th century.

To be sure the underlying foundation of either style is rooted in the medical theories and clinical experience gathered over many centuries.  Yet, there are some differences in the process of diagnosis practiced today.

Some differences between Japanese and Chinese acupuncture

They referred to this balance as Yin and Yang.  Since human beings are an integral part of nature, it seemed logical that this rhythmic dance between yin and yang played an important role in human health.

We know from the archaeological record that some 4000 thousand years ago, people in what is now China were using stone needles called bian.  It is thought that bian were originally used to drain abscesses.  The theory goes that in the process of using the bian to puncture the skin, people began to notice that working on one part of the body often had an effect on another part of the body.

In time, a system of pathways called meridians was devised to explain how energy, or qi, could flow from one region of the body to another.  The bian were eventually replaced with bone, then bamboo and ultimately metal needles.

Over the centuries, the system of diagnosing and treating the body with acupuncture evolved as different schools of thought emerged and more clinical experience was collected.  The most recent evolution has sought to integrate acupuncture into a more Western, or allopathic, paradigm of medicine.

While this is a work in progress, it is certain that after having survived for millennia, acupuncture is equally valuable whether it is used on its own or in conjunction with another medical modality.

For over 3,000 years, Traditional East Asian Medicine has been used to prevent disease and to maintain as well as restore health.  Among other things, it includes the use of acupuncture and herbal medicine to help balance the body's internal energy, knowns as Qi (pronounced chee).

A healthy flow of qi is essential to the well-being of the spiritual, emotional, mental and physical planes of life.  In ancient times, the concept of qi was used to make sense of the natural world.  People recognized that there was an inherent pattern of opposite yet interdependent forces in all aspects of life, such as night and day, cold and hot, etc. 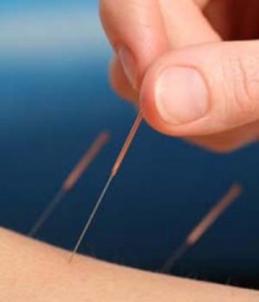 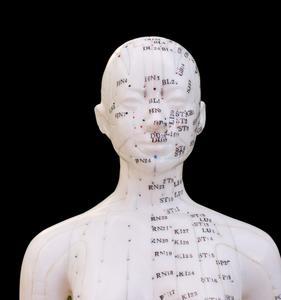 While most people associate acupuncture with China, there are several East Asian countries with their own rich history of acupuncture, including Japan.  The beginning of acupuncture, however, is rooted in China’s past.  Due to its influence over the East Asian part of the world throughout history, the cultural and medical knowledge of the ancient Chinese was widely sought after.

It was very common for the scholars of many of the surrounding countries to go and learn a variety of crafts in China.  This exchange of ideas took place over many centuries.

Throughout much of its history, Japan participated in this back and forth of cultural and medical information.  While there was a great deal of influence that came in from China, Japan had its own history of indigenous medicine.

It was able to successfully integrate the knowledge that scholars brought back from China.  One of the most significant periods of cultural activity was during the 16th century. During this time, much of what is now considered to be part of the Japanese style of acupuncture was brought over from China.

This style of treatment relied heavily on the diagnostic processes laid out in some of the earliest of Chinese medical texts.  It has continued to be modified down through modern times.

Meanwhile, acupuncture has continued to evolve in China as well.  One of the most significant changes occurred during the cultural revolutions of the 20th century.  During this time, much of what is now practiced as Chinese acupuncture was developed.  There was a concerted effort to modernize and streamline the older teachings in such a way that made the naming standards of various pathologies more familiar to Western society.